Nephrotoxicity is a common adverse effect of treatment with cisplatin (CDDP). This study was performed to evaluate the antioxidant and nephroprotective efficacy of ceftriaxone (CTX) and vitamin E (Vit.E), alone and in combination against CDDP-induced acute renal injury. Fifty-six male albino rats were equally divided into seven groups, receiving (I) normal saline, (II) CTX (100 mg/kg, intraperitoneal [i.p] injection), (III) Vit.E (100 mg/kg orally), (IV) CDDP (5 mg/kg i.p injection), (V) CDDP plus CTX, (VI) CDDP plus Vit.E, and (VII) CDDP plus CTX in combination with Vit.E. All treatments were administered daily for 10 days except CDDP, which was given as a single dose at the sixth day of the study. Compared to normal control rats, CDDP-injected rats showed significantly (p < 0.05) higher serum levels of renal injury biomarkers (uric acid, urea, and creatinine) and tumor necrosis factor-α (TNF-α), as well as increased renal tissue concentrations of malondialdehyde, nitric oxide, and TNF-α. Moreover, CDDP administration was associated with significantly lower (p < 0.05) renal tissue levels of reduced glutathione and activities of endogenous antioxidant enzymes (glutathione peroxidase, superoxide dismutase, and catalase) and total antioxidant capacity. All these alterations were significantly ameliorated in CDDP-injected rats, receiving CTX and/or Vit.E, compared to rats receiving CDDP alone. Interestingly, the antioxidant and anti-inflammatory effects were more marked in the CTX-Vit.E combination group, compared to groups receiving either drug alone. In conclusion, CTX and Vit.E (especially in combination) could counteract the nephrotoxic effect of CDDP, probably through their antioxidant activities.

Many of us have heard of vitamin E and know that it’s beneficial for the skin. You probably already even have a few products lying around that contains vitamin E as a key ingredient, or taken it as a supplement for overall skin health. After all, it’s one of those ingredients that have been around for as long as you can remember and frequently outshone by other trendier skincare buzzwords. But do you know how it actually works and what kind of skin types it is best suited for? Here, all the fundamentals you need to know about vitamin E. 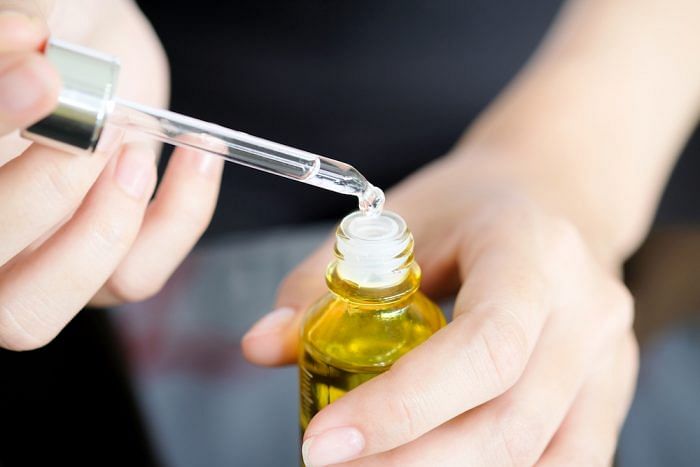 Tocotrienols, or “Tocos” as they’re affectionately known, have been around for a while, but more recently, they’ve become increasingly popular thanks to the growing alternative wellness market. Like turmeric and medicinal mushrooms, Tocotrienols can be found in powdered form and can be plucked off the shelf to adorn your lattes and smoothie bowls. A study using experimental animals found that vitamin E — as alpha-tocopherol, the most common form sold — protected the animals from radiation-induced cataracts.In a human study, 175 people with cataracts were compared to 175 without cataracts, and researchers found that those with the highest vitamin E blood levels had a 50 percent lower risk of developing a cataract.

Five cohort studies and three randomized controlled trial (RCT) studies (total n = 14,262) involving 1313 cases about vitamin Eeffects on the risk of AD and 244 cases about effects on progression of AD. The pooled RR for vitamin E supplemental and risk of AD was 0.81 [95% CI: 0.50-1.33, I2 = 69.2%]. Suitable data could not be extracted to do meta-analysis as there was no unified standard of outcome measure for studies on AD progression. We carefully analyzed and evaluated the authenticity and accuracy of every single trial, while reliable evidence could not be obtained.

From what we do, neither the synthetic data on risk of AD nor the critical review on progression of AD could provide enough evidence on our research. Thus, we cannot draw a specific conclusion on the association or correlation between Vitamin E and AD.

Bone remodelling is a tightly-coordinated and lifelong process of replacing old damaged bone with newly-synthesized healthy bone. In the bone remodelling cycle, bone resorption is coupled with bone formation to maintain the bone volume and microarchitecture. This process is a result of communication between bone cells (osteoclasts, osteoblasts, and osteocytes) with paracrine and endocrine regulators, such as cytokines, reactive oxygen species, growth factors, and hormones. The essential signalling pathways responsible for osteoclastic bone resorption and osteoblastic bone formation include the receptor activator of nuclear factor kappa-B (RANK)/receptor activator of nuclear factor kappa-B ligand (RANKL)/osteoprotegerin (OPG), Wnt/β-catenin, and oxidative stress signalling. The imbalance between bone formation and degradation, in favour of resorption, leads to the occurrence of osteoporosis. Intriguingly, vitamin E has been extensively reported for its anti-osteoporotic properties using various male and female animal models. Thus, understanding the underlying cellular and molecular mechanisms contributing to the skeletal action of vitamin E is vital to promote its use as a potential bone-protecting agent. This review aims to summarize the current evidence elucidating the molecular actions of vitamin E in regulating the bone remodelling cycle.

According to the article conducted by Eduardo et al.(1), the non-transplant survival rate of nonalcoholic steatohepatitis (NASH) patients with bridging necrosis and cirrhosis, which is a subtype of non-alcoholic fatty liver disease (NAFLD), was found to be improved by vitamin E, who will reduce the occurrence of liver decompensation. However, combined with the literature we have reviewed and the clinical experience we have achieved, two important factors that may affect the study results will be proposed in the article. This article is protected by copyright. All rights reserved.

Male osteoporosis is a significant but undetermined healthcare problem. Men suffer from a higher mortality rate post-fracture than women and they are marginalized in osteoporosis treatment. The current prophylactic agents for osteoporosis are limited. Functional food components such as tocotrienol may be an alternative option for osteoporosis prevention in men. This paper aims to review the current evidence regarding the skeletal effects of tocotrienol in animal models of male osteoporosis and its potential antiosteoporotic mechanism. The efficacy of tocotrienol of various sources (single isoform, palm and annatto vitamin E mixture) had been tested in animal models of bone loss induced by testosterone deficiency (orchidectomy and buserelin), metabolic syndrome, nicotine, alcoholism, and glucocorticoid. The treated animals showed improvements ranging from bone microstructural indices, histomorphometric indices, calcium content, and mechanical strength. The bone-sparing effects of tocotrienol may be exerted through its antioxidant, anti-inflammatory, and mevalonate-suppressive pathways. However, information pertaining to its mechanism of actions is superficial and warrants further studies. As a conclusion, tocotrienol could serve as a functional food component to prevent male osteoporosis, but its application requires validation from a clinical trial in men.

DKO and wild-type (WT) mice were divided into the following two groups: mice in the CE (+) group were supplied with sufficient amounts of VC and VE and mice in the CE (-) group were deficient in both VC and VE. After 8 weeks of CE (+) or CE (-) treatments, a battery of behavioral experiments was conducted to analyze cognitive functions, including memory, through the Morris water maze and Pavlovian fear conditioning tasks.

The plasma VC and VE levels in DKO-CE (-) mice and VE level in WT-CE (-) mice were almost completely depleted after 8 weeks of the deficient treatment. The behavioral study revealed that the general behaviors, including locomotor activity and anxiety level, were not influenced by the CE (-) treatment in DKO and WT mice. However, in the Pavlovian fear conditioning task, DKO-CE (-) mice showed impaired conditioned fear memory compared with that of DKO-CE (+) mice. Furthermore, increased mRNA expression was observed in inflammatory-related genes, such as IL-6, TNFα, F4/80, and Mcp-1, in the hippocampus of DKO-CE (-) mice.

The findings of this study provide evidence that VC and VE deficiency led to impaired conditioned fear memory possibly caused by neuroinflammation in the brain.