The researchers monitored the efficacy of the treatment based on modulations of TGF-β/Smad, PI3K/Akt/mTOR, and NF-kB signaling pathways. According to the authors, both palm tocotrienol and palm carotene treatments significantly restored the BLM-induced alterations in anti-inflammatory and antioxidant functions. 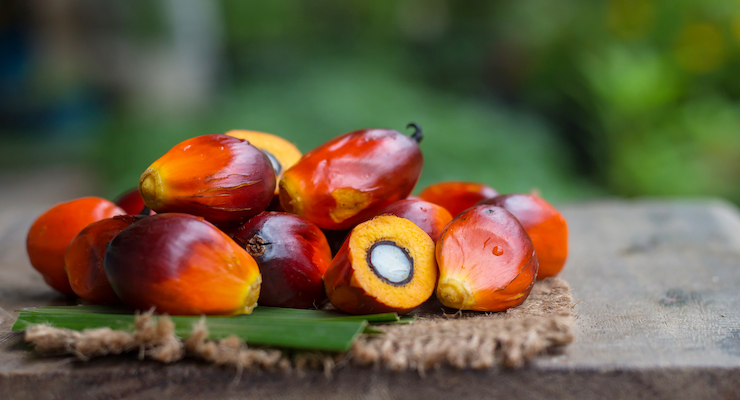 Background: Treatments for radiation-induced fibrosis range from vitamin E and pentoxifylline systemically to deferoxamine and fat grafting locally. Regarding fat grafting, volume retention hinders its long-term functionality and is affected by two factors: inflammation and necrosis secondary to hypovascularity.

Methods: Forty adult CD-1 nude male mice at 6 weeks of age underwent scalp irradiation and recovered for four weeks to allow for the development of fibrosis. Mice received 200μL of donor human fat graft to the scalp. Mice were separated into 4 conditions: no grafting, fat graft without treatment, graft treated with pentoxifylline, and graft treated with vitamin E. Fat graft volume retention was monitored in-vivo using microCT scans at weeks 0, 1, 2, 4, 6, and 8 after grafting. Histological and cytokine analysis of the scalp skin and fat grafts were also performed.

Application of a time-tested quantitative method of measuring peroxyl radical production in conjunction with the determination of the stoichiometry of the reaction of peroxyl radicals with α-tocopherol has permitted the conclusion that α-tocopherol is the major lipid-soluble chain-breaking antioxidant in human plasma and red cell membranes.

Tocotrienols (T3s), which are vitamin E homologs, have not only antioxidant function but also inhibitory effects on body weight gain and hepatic lipid droplet accumulation. However, the mechanisms of the anti-obesity effects of T3s are not yet understood. In this study, C57BL/6 mice were fed a high-fat diet in the presence or absence of T3s. Treatment with T3s inhibited white adipose tissue accumulation and elevation of serum cholesterol concentrations. Additionally, to clarify the relationship between obesity-induced cognitive dysfunction and the neuroprotective effect of T3s, cognitive function, brain oxidation, and protein expression levels of brain-derived neurotrophic factor (BDNF), which is strongly involved in neuronal growth and differentiation, were measured. Although mice behaviors were improved by oral T3 intake, there were no significant differences in brain oxidation levels and BDNF expression. These results suggest that T3s attenuate obesity via inhibition of body fat and serum cholesterol increase.

Background/objectives: The role of vitamin E in chronic disease risk remains incompletely understood, particularly in an un-supplemented state, and evidence is sparse regarding the biological actions and pathways involved in its influence on health outcomes. Identifying vitamin-E-associated metabolites through agnostic metabolomics analyses can contribute to elucidating the specific associations and disease etiology. This study aims to investigate the association between circulating metabolites and serum α-tocopherol concentration in an un-supplemented state.

Conclusions: The large number of metabolites, particularly lipid and amino acid compounds associated with serum α-tocopherol provide leads regarding potential mechanisms through which vitamin E influences human health, including its role in cardiovascular disease and cancer.

Background: Waterpipe smoking (WP) exposure has a negative health impact including memory deficit which was attributed to elevation of oxidative stress. Vitamin E (VitE) or swimming exercise have protective effects that prevent memory impairment. In the current study, the modulation of WP-induced memory impairment by the combined effect of VitE and swimming exercise (SE) was investigated.

Vitamin E is known as an essential vitamin, and many studies had demonstrated the importance of vitamin E throughout the reproductive process, such as miscarriage, premature birth, preeclampsia, and intrauterine growth restriction, which could be caused by a lack of vitamin E during pregnancy. Its potent antioxidant properties can counteract the oxidative stress induced by oxygen free radicals and imbalance of oxidative-antioxidant levels, hence it may play a role in maintaining the normal function of the female reproductive system. Despite the fact that vitamin E is acknowledged as the substance needed for reproduction, its beneficial effects on female fertility, gynaecological health, and diseases are still poorly understood and lacking. Therefore, the goal of this paper is to provide a summary of the known roles of vitamin E supplementation in women for gynaecological health and reproductive-related diseases, as well as its future perspective.